The planets in our Solar System

What is a Cosmic Master?

The term “Cosmic Master” is used to describe advanced beings from other planets, who are also sometimes referred to as the “Gods from Space.”

A Cosmic Master is more spiritually advanced than an Earth Master or an Ascended Master. They visit Earth in spacecraft, sometimes referred to as UFOs, and are occasionally born on Earth as Cosmic Avatars, like the Master Jesus, the Lord Buddha, Sri Krishna, Lao Zi, Sri Patanjali and so on.

Strange though it may seem, it is the destiny of each of us to one day become a Cosmic Master. How long this takes is up to us, but for most people this elevated evolutionary status is many, many lives away. The long journey from life as a mortal on Earth to the interplanetary existence enjoyed by a Cosmic Master is explained in The Nine Freedoms.

What is a Transmission?

Dr. King was an exceptional medium – both in terms of the caliber of the intelligences who contacted him, and also in terms of the accuracy with which he was able to receive communications from these intelligences. He would enter a positive yogic trance condition, which is brought about by raising the kundalini to a high chakra, and allow the intelligence in question to use his voice box to speak to the people of this planet. Wisdom given in this way is termed a “Cosmic Transmission,” whereas information given through Dr. King telepathically (i.e. not in a trance condition), is referred to as a “Mental Transmission.”

Below is a brief introduction to three of the numerous Cosmic Masters who spoke through Dr. King in one or other, or both, of these ways.

The Master Aetherius is from a higher material plane of the planet Venus. “Aetherius” is a pseudonym, which comes from a Greek word meaning something like – “traveller through the ethers of space,” and it is of course after the Master Aetherius that the Society was named. It was this Master who contacted Dr. King on May 8th, 1954, heralding the start of The Aetherius Society.

Mars Sector 6 is from a higher material plane of the planet Mars, as this name, or rather pseudonym, would suggest. He is the Master in charge of Satellite Number 3 which transmits special spiritual energies to Earth during a Spiritual Push, and is so advanced that he is now a Lord of Karma.

He speaks in a commanding and very definite tone through Dr. King, and has given some of the finest spiritual teachings ever given to Earth, probably most notably – The Nine Freedoms, which explains the mysterious secrets of spiritual evolution.

The Master Jesus is not the one and only Son of God, but a Cosmic Master from a higher material plane of the planet Venus, who, some 2000 years ago chose to be born among us in an Earth body to be of assistance to suffering humanity at that time.

Although this may sound extraordinary, it is in fact a far more rational explanation of the true nature of this great being than is the orthodox religious view, which has been accepted by millions around the world for hundreds of years. It is interesting to note that the interplanetary origin of the Master Jesus is referred to in the Book of Revelation 22:16 as follows: “I am the root and the offspring of David, and the bright and Morning Star.” The bright and Morning Star is, of course, Venus. Also in the Bible, in Matthew 2:9-11, is the fascinating account of the Star of Bethlehem – which is a spectacular so-called “UFO” sighting; stars cannot lead men to a stable and then hover over it – spacecraft can:

This Master speaks in a slow, intense, gentle, yet at times quite impassioned, tone, through Dr. King, and has given a wonderful spiritual practice to Earth called The Twelve Blessings. As well as being a powerful way of sending out much-needed light to the world, this is also a profound and beautifully-worded text giving humanity a greater appreciation of the living universe in which we exist. 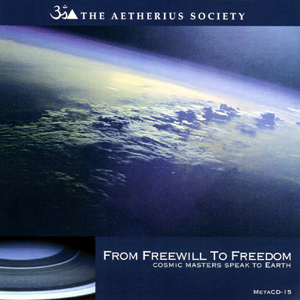