We're thrilled that WCET FM, a radio station in the USA, has invited international bestselling author and spiritual teacher, Richard Lawrence, to host a new show bringing you the wisdom of some of the greatest spiritual teachings ever given to Earth: The Nine Freedoms.

Following the success of the 2-hour premiere, the show's producer Tim Roxbury has now invited Richard to do the show every week instead of just once a month. So, starting next month, on February 6th the show will be broadcast for 1 hour every Saturday on WCET FM at 12 noon Eastern Time (9am Pacific Time and usually 5pm UK Time). It will also be published as a podcast after it has aired.

What can you look forward to?

Richard answers spiritual questions from all over the world. Submit your question(s) by writing to: [email protected]

This is a brand new venture for The Aetherius Society and we thank WCET FM and the show’s producer, Tim Roxbury, for inviting Richard to join their team of radio hosts.

New episodes will appear below after each show.

Starting February 6th the show will be broadcast for 1 hour every Saturday, at 12 noon Eastern Time (9am Pacific Time and usually 5pm UK Time)

- Via wcetfm.com (tune in on the homepage)

- Via the WCET.FM app (Android only)

Listen to the podcast

Search for "The Spiritual Freedom Show" on your favourite podcast app, or click on any of the episodes featured below.

Subscribe to the podcast to get notified of new episodes. 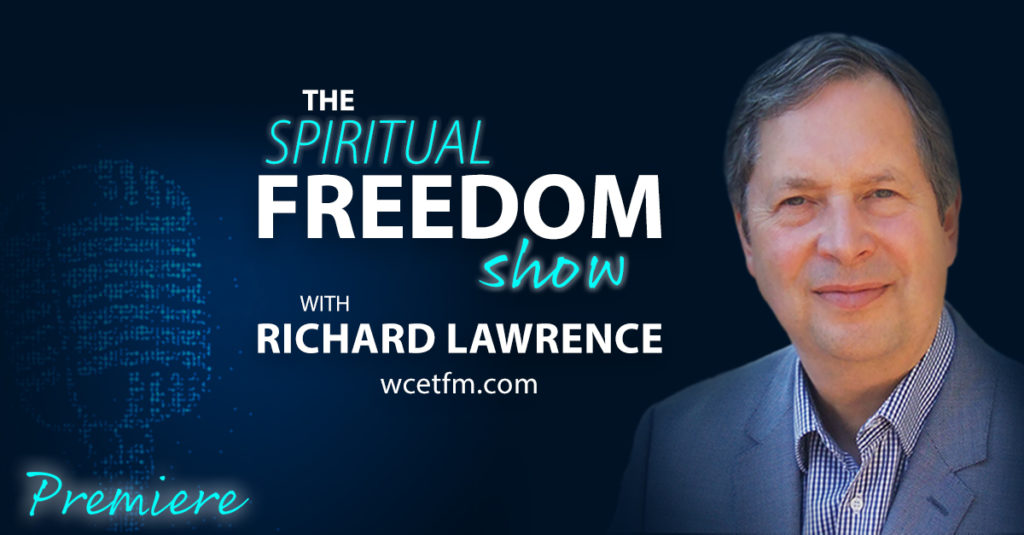 Do you want to know the purpose of life and why you are here? Be at peace with your destiny? Give powerful service to the world? Discover the extraterrestrial message for these days? Experience true spiritual freedom? We’re thrilled that WCET FM, a radio station in the USA, has invited international bestselling author and spiritual…