Dr. George King (1919-1997) was a Master of yoga, trance medium and the author of many books on spirituality. He was contacted by an extraterrestrial intelligence known as “Aetherius” in 1954, and founded The Aetherius Society in 1955 – to promote and act upon the wisdom of highly evolved intelligences from other planets who communicated with, and through, him for over 40 years. Dr. George King was born near Wellington in Shropshire, England, on January 23rd, 1919. Even as a child, he had a deep interest in spirituality, and quickly saw that there was more to the mysteries of life than conventional philosophy or religion could explain. As a young man, he was a Quaker, and a conscientious objector in the Second World War, putting his courage, determination and intuition to excellent use in the British Fire Service during the London Blitz.

In the mid-1940s he took his yearning for truth a step further, by taking up the ancient spiritual science of yoga. Not so much yoga for physical fitness, but rather the higher aspects of yoga, including intense yoga breathing, mantra yoga and kundalini yoga. Yoga was of course a much more unusual thing to do in those days than it is now, but what was even more unusual was his total commitment to it – practicing for an average of 8-10 hours per day for a decade or so, at the same time as living in London holding down a full-time job! This extraordinarily intense dedication – the hallmark of a truly advanced soul – was to be seen throughout his life in virtually everything he did.

By the mid-1950s, through his yoga practice, Dr. King had developed and honed his psychic abilities and entered some of the highest states of consciousness it is possible to achieve on Earth, which served as essential preparation for what was to come next.

One sunny Saturday morning in May 1954, Dr. King, while in his small flat in Maida Vale, London, heard the following words, which have become known as “The Command”:

Prepare yourself! You are to become the voice of Interplanetary Parliament. 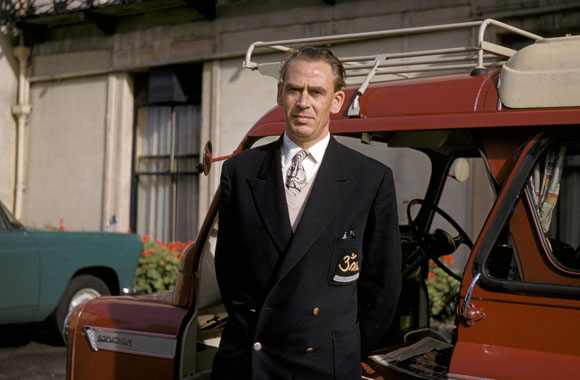 He tells us that the voice came from outside of himself and struck his eardrums “with a somewhat gentle firmness”, but he admits to being unable to describe the “tonal qualities” of this “alien sound”. He also describes the suddenness of it as it came into his mind as “numbing”.

Even though he had never even heard of “Interplanetary Parliament”, he knew the experience wasn’t his imagination. Through his intense practice of yoga for many years, he had developed the innate powers of concentration and detachment which exist within us all to such an extent that he could clearly tell the difference between a “paranormal” experience and a flight of fancy. Nevertheless he describes feeling “turmoil”, “bewilderment” and “hopeless frustration” – presumably at the lack of any explanation to accompany the experience.

A few days later, he was visited by a world-renowned yoga Master whom he knew to be alive and active in India at that time. This Master appeared to him in physical form, but was able to enter and leave by passing right through a locked door that he did not open – in other words, by using some advanced yogic technique which would seem like magic to the uninitiated. During the meeting, Dr. King was given detailed instructions in certain spiritual practices. Dr George King in the “Transmission Room” of the American Headquarters

This was the beginning of Dr. King’s life as “Primary Terrestrial Mental Channel” – the medium through whom literally hundreds of communications, or Transmissions as they are known, have been given by higher beings from this world and beyond. These Transmissions contain some of the most outstanding spiritual teachings available on Earth today. Some of these were given in trance, others telepathically.

Many of the communicators who spoke to, and through, Dr. King in this way are extraterrestrial – residing on higher planes of other planets in this solar system. If, for example, an Earth spacecraft were to take an astronaut to Venus tomorrow, that astronaut may well find no indication of the existence of Venusian culture. However, if a genuine Master of yoga, like Dr. King, were to project from the physical body to a higher plane of Venus, he would find a highly advanced spiritual civilization, existing at a frequency of vibration higher than that with which we are familiar on Earth.

The intelligence who gave the Command was a being from Venus we know as the Master Aetherius, after whom The Aetherius Society has been named – this being the organization founded by Dr. King in 1955, to spread and act upon the teachings of the Gods from space. The word “Aetherius” is Greek in origin and means something along the lines of  “traveler through the ether”.

As well as acting as a channel for beings from other worlds, Dr. King also performed numerous spiritual missions throughout his life. Many of these were given to him by the Gods from Space, others he devised himself. Some are still being performed today by The Aetherius Society, even without Dr. King being physically among us, such as Operation Prayer Power.

In addition to this he wrote numerous books and gave countless lectures on various aspects of spirituality and metaphysics. He left England for America in June 1959 – and lived in southern California for the rest of his life, making frequent, sometimes lengthy, visits to the UK and other countries.

He passed away in Santa Barbara on July 12th, 1997, aged 78, but his legacy is very much alive and well as the work of The Aetherius Society worldwide continues to go from strength to strength!

I do not ask the unbeliever to believe at once but only request that he applies that which Aetherius says to his own reason, and acts upon that which, in the light of greater reason, is acceptable.

Find out more about Dr. King

Together, these offer you a further opportunity to make your own connection with this great spiritual master. The King Who Came To Earth (Hardback)

The King Who Came To Earth (Softback)