Dr. George King wearing dark glasses in order to protect himself from bright light while in trance

Dr King was a medium for intelligences on other planes of Earth, for Ascended Masters and for Cosmic Masters. He used both trance and telepathy. Communications given through him in trance are usually referred to as “Cosmic Transmissions”, and those given by telepathy as “Mental Transmissions”.

Trance can be positive – induced by heightening consciousness; or negative – which is induced by blanking out the mind. Negative trance is dangerous, one of the main risks being that of possession by a hostile intelligence on another plane of existence, and is not recommended by The Aetherius Society.

The type of trance employed by Dr King was a positive form of trance described as “yogic samadhic trance” which involves the raising of the mystical power of kundalini to a high chakra. This is an extremely advanced and rare form of mediumship, and although in every way positive and highly spiritual, is a tremendous strain upon the medium and also carries with it various dangers, as raising the kundalini always does – and as such is not something to be attempted by anyone but the most exceptional of mediums. It requires a remarkable intensity of concentration, and also, especially if done in public, which Dr King did on various occasions, an extraordinary degree of yogic detachment. Dr King even adopted a positive trance state on at least one occasion on live television.

When an intelligence spoke through Dr King in trance, the intelligence would be using Dr King’s voice box, and his knowledge of English – since Dr King was picking up thought rather than words. However, the “personality” – for want of a better term – of the communicator, sometimes had a marked influence on Dr King’s pronunciation and intonation. When the Cosmic Master Mars Sector 6 spoke through Dr King, for example, his voice would become deeper, slower and had an air of uncompromising spiritual authority. Whereas, when the Ascended Master Saint Goo-Ling spoke through Dr. King, his voice was, if anything, a little higher than normal, and his pronunciation would display a distinctly East Asian accent, utterly unlike his own.

During a Cosmic Transmission, as well as being a channel for the wisdom given by the intelligence, Dr King would also act as a channel for spiritual energy radiated by that intelligence – which would help to bring about healing and upliftment to the world.

Accuracy and quality of mediumistic communications

As well as quality, accuracy is of course an essential part of mediumship, and the two things do not necessarily go hand in hand. You may get a very accurate medium who can only communicate with ordinary discarnate entities, such as a deceased relative. And you may get a very spiritual person, capable of receiving vague impressions from a highly advanced intelligence, but who is unable to accurately channel detailed specific information.

Dr King was a very unusual medium in being both extremely accurate and also being able to operate at a very high spiritual level.

Dr King was not the only medium in touch with beings from other worlds, but he was one of the most important, and has been described by the Gods from space as “Primary Terrestrial Mental Channel” on numerous occasions. He was in frequent communication with beings from other planets from 1954 until 1997 when he passed away. During this period he was the channel for over 600 Cosmic Transmissions – which must surely be a record for any medium in history. Among these Transmissions are some of the most important ever given to humankind – such as the live report of The Primary Initiation of Earth. 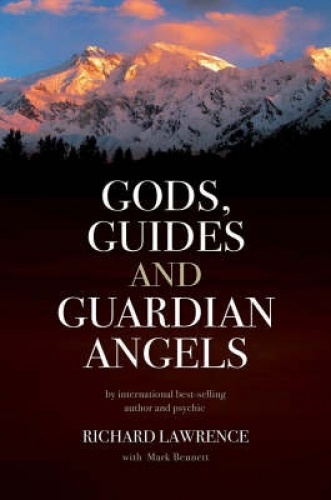