Below is an extract from Prayer Energy (by Richard Lawrence with Mark Bennett) which serves as a brief and simple introduction to the wonderful but all-too-often misunderstood energy that we call love:

Love between people is complex – much of it is good, but not all. For example, the love that spurs the protective instinct a mother feels for her baby can be wonderful, but the kind of love that leads to jealousy and possessiveness can be destructive. Any kind of love that depends on selfish desire isn’t love at all – not real love, in its higher sense. The love that we should strive to manifest in prayer couldn’t be more different from selfish desire.

When it says in the Bible: “Love your enemies, bless them that curse you, do good to them that hate you, and pray for them which despitefully use you, and persecute you” (Matthew 5:44), it doesn’t, in my view, mean that we necessarily have to like our enemies, or people who curse us, hate us, despitefully use us or persecute us. It doesn’t mean we have to socialise with them or buy them Christmas presents. It’s not that kind of love at all, but rather an impersonal love in the sense of desiring the highest good for them, ultimately their enlightenment. After all, if they were enlightened, they wouldn’t curse us, hate us, despitefully use us or persecute us. One of the ways of putting this love into practical action is by praying that they be inspired to become the people they could be.

Think of hate as fire and love as water. Just as you can’t successfully fight fire with fire, nor can you successfully fight hate with hate. It is the water of love that can extinguish the fire of hate – nothing else. Your prayers can be the fountain from which that water flows. This may sound like wishful thinking but it really is true – with experience you will discover this for yourself. But love is much more than a way to extinguish hate. It is a force for healing, inspiration and transmutation. Just as life as we know it on Earth could not exist without water, nothing in the universe could exist without love.

Love is the second of The Nine Freedoms. Below are some extracts from this wonderful text and Dr. King’s commentary which shed more light on the beauty, mystery and power of this great energy:

LOVE is the exact opposite from hate, when in basic manifestation.

Yet it is more than this – much more.

LOVE is an all-permeating energy which is above mind […] it is the great energy of the Cosmos.

…the slayer of LOVE is hypocrisy…

LOVE is not possession. In its highest aspect, it is above all forms of individualization. It is impersonal. It is not binding as is possession, but it brings Freedom.

Mankind has to be enlightened in order to be able to use the mighty energy called Love, correctly. Jesus, Buddha, Patanjali and other great Avatars could use Love correctly, because they were enlightened beings, they were beings, who believed in action and not theory. They regarded Love, not as an emotion, not only as a state of mind, but as an all-pervasive energy, which they could tune into when they had developed the right state of awareness and radiate outwards again in a very practical manner, to all people. Jesus manipulated this energy in his healing. He used it as a carrier wave for his enormous magnetic powers and as a result, he could recall the “dead” and make the lame walk. Man today could also do these things, if he used this potent force correctly. 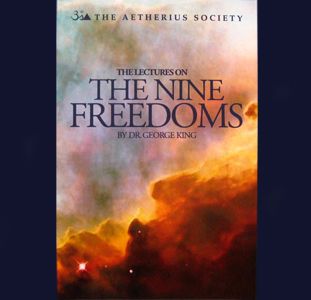 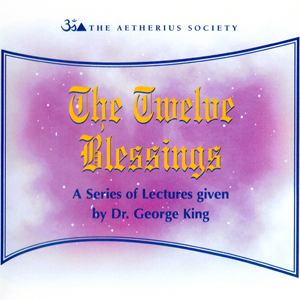