Recently, there has been a lot of media coverage regarding UFOs. Questions have been raised to governments about what they know, and, just as importantly, whether this means beings from other worlds are visiting us.

The founder of The Aetherius Society, Dr. George King, taught that beings from other worlds have been visiting us for thousands of years. In fact, some of them have even allowed a part of their consciousness to be born among us. These Avatars who have come in the past include Sri Krishna from Saturn, the Master Jesus and the Lord Buddha from Venus, and St. Peter from Mars.

In fact most planets in this Solar System are inhabited, but not at this frequency of vibration; the advanced civilizations of our planetary neighbors exist on higher planes, as yet undetectable by terrestrial science – but nevertheless completely physical and very real in every sense.

As well as being born among us, these advanced spiritual beings visit us in other ways as well – one of which is in spacecraft, hence a number of the countless UFO sightings reported are in fact vessels from other planets.

But these beings do not need to come to our planet to help us, they can do this from their home planets as well.

We are told in The Nine Freedoms that the inhabitants of Mars are an advanced race, and that they are the engineers and builders of the Solar System. Further to this, in Life on the Planets, Mars Sector 6 tells us that:

“Mars is the industrial Planet of the Solar System. At least 75% – as you would call it – of all Interplanetary vehicles, are manufactured upon the Planet Mars.”

So when we see UFOs in our skies, if they are in fact extraterrestrial craft, and if the visitors are from this System, it is likely that these vehicles were built on Mars.

These vehicles are given freely to other planets in this Solar System. In fact, any planet can ask for thousands of vehicles and, once ready, these great fleets can be sent to their new planets by remote control. It is important to note that every single one of these vehicles is only ever used for peaceful purposes. These purposes, as far as worlds like ours are concerned at least, are, we are told by Mars Sector 6 “observation, screening and protecting other less evolved Planets, such as Terra.” “Terra” is the word they use for Earth.

The inhabitants of Venus are so highly evolved that certain of their Masters are able to have direct communication with the Logos or Cosmic Entity of Venus itself.

Venusians live on and below the surface of the planet. They have built two Temples specifically to radiate energy out from the Logos. One of these Temples is in the center of the planet, and the other on the surface in order to form a magnetic line from the Logos of Venus to the surface. This is so that they can radiate its power throughout the Solar System, so that all the people who need this power can use it.

Venus also has large healing centers for anyone who needs any kind of help. The Master Aetherius, a Venusian, says that:

“…some of your terrestrial Adepts, travel to these Centers when they enter the profound Silence, known as the deeper states of Meditation. Here they learn and are illuminated, before they return to their physical bodies upon Terra, so that they, in turn, can teach the people of your Earth.”

The Master Aetherius tells us that they are helping us as much as they are karmically able to.

Jupiter is the main reception planet for the Solar System. The cosmic intelligence referred to as Jupiter Sector 92 describes some of the ways they help other races:

“Many vessels from other inhabited places in the Milky Way do land and sometimes the people stay with us for some time in order to have the benefit of sensitization brought about by the regular and direct impregnation by our music, perfume and color energies.”

Jupiterians are able to “observe both sides of the light spectrum” so they are able to see thousands more shades of color than we are.

They also are able to manipulate magnetic energies so they are transformed into sound which creates beautiful music that they can radiate to other life-streams in this Solar System. The Jupiterians are also able to see the colors made by these sound energies.

The beings from Jupiter radiate their beautiful music, color and perfume to other life-streams on inhabited worlds, including Earth, so that they may also raise their consciousness.

“We will in future, more than we have done in the past, turn our attention to Earth, so that much inspiration of the people of Earth may be brought about by the Transmission from our temples of these music and perfume energies and they – if ready, will be risen up, as a result of this absorption.”

Saturn is the most evolved planet in our Solar System and it is home to the Twelve Perfects of Saturn. Primary Life Cycle Saturnians are so advanced they are able to divide their consciousness such that they can inhabit up to 1,860 positions in the space-time continuum, and some of the Perfects can go even further than this.

The Perfects live in a great temple on Saturn.

“From their Mighty Souls pour forth the rays of inspiration – out into every life-stream in the Solar System, so that it may be impregnated with these mighty rays…The Perfects – or the Most Ancient Ones – desire only to help the basic life-streams to express in full the Divine Spark of that Thing you call God – which is within.”

These great beings are helping every person on Earth in this way. Sending us inspiration, to raise our consciousness.

Life on Earth is vastly less evolved than these advanced beings on the other planets in our Solar System. Inhabitants of these other planets work together, even with the Logos of their Planet, to uplift each other, visitors and other life forms in any way they can.

So here we Terrestrials are quibbling about whether or not UFOs exist, and whether they’re extraterrestrial, and these beings are quietly working to help us, asking nothing in return. 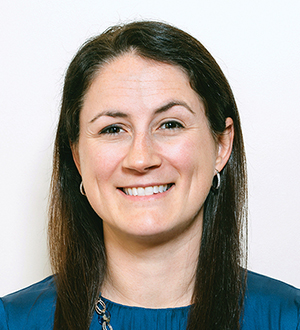 Lisa Rosser is a staff member and Programme Administrator at the European Headquarters of The Aetherius Society in London. Lisa has had a keen interest in spirituality for over 20 years. She is particularly passionate about helping others and world healing.